Eldad Nahmany points out a very interesting study in which subjects found that having nothing to do was an aversive state–so aversive that they preferred painful activity to no activity.  The implications for trading in quiet environments are significant:  With little movement to stocks, traders needing movement might gravitate toward bad trades over no trades.  Such overtrading may not simply be a matter of poor discipline or lack of trading plans.  Rather, it would be the result of a failure to tolerate inactivity.

“Emphasizing effort gives a child a variable that they can control,” Dweck explains.  “They come to see themselves as in control of their success.  Emphasizing natural intelligence takes it out of the child’s control, and it provides no good recipe for responding to a failure.”

How do you respond to setback?  As challenge?  As threat?  By redoubling efforts?  By abandoning them?  Simple differences of mindset may account for large differences in the development of expertise.

The successful marketer constructs multifaceted campaigns to reach segmented groups of consumers.  If the marketer were to become identified with a single strategy and expect all people to respond to that, the results would be mixed at best. 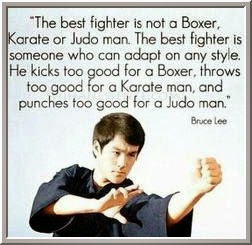 Presence of aperiodic cycles in the stock market.  These are cycles that occur, not in chronological time, but in event time. Imagine market cycles that can occur over periods from minutes to hours to days to months, depending on the unfolding of critical events.  A successful trader of such cycles would be neither a daytrader, nor an investor. As Bruce Lee’s insight suggests, that successful trader would be all of them–and none of them.  It is not a small challenge when the market’s flexibility exceeds our own!

The Old Fort in Lahaina, Maui was built with coral. There’s not much of it left, but the textures are interesting. 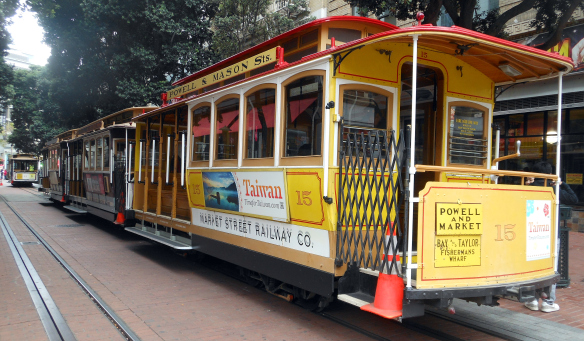 Taken yesterday on the way to the 2014 Korean Day Cultural Festival at Union Square.